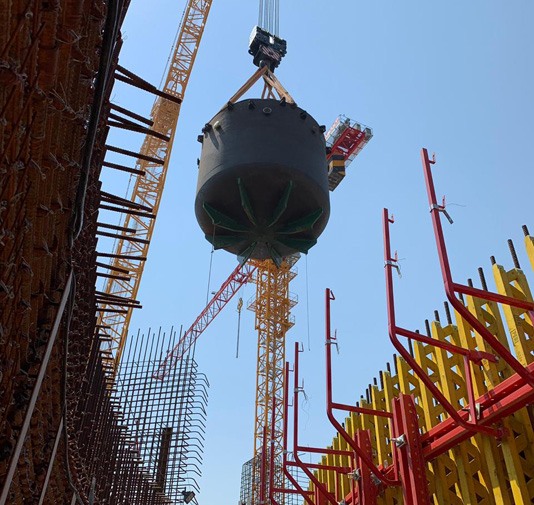 Russia’s state-run ROSATOM has started installation of Core Melt Localization Device (Core Catcher), one of the main equipment of the plant’s passive safety system, the Russian nuclear energy agency said in a statement on Saturday.

Atomstroyexport, Engineering Division of ROSATOM and the General Contractor began installation of Core Catcher at the plant’s second unit two days ago, one month ahead of the schedule.

“This is one of the main elements of a passive safety system and the first large-sized equipment being installed in Unit 2 building. Due to coordinated
efforts of our engineers it has become possible to begin the installation works earlier,” the statement read.

Vice-President and Director of Rooppur NPP Project Sergey Lastochkin said construction of both the units of Rooppur NPP was progressing as per
schedule.

The release said that installation of Core Catcher at Unit-1 began earlier on August 18, 2018.

Operations of the Core Catcher like other passive safety systems do not depend on any person or his skill or circumstances. It follows only the
fundamental natural law.

Core Catcher for Rooppur NPP is designed considering the site condition and safety requirements. It is also equipped with flood protection features
and possesses simplified installation and assembly technology.

Having two units the plant will generate 2400 MW power while the world’s latest 3+ Generation VVER 1200 reactors were chosen for the plant.-BSS