WB to provide $250m to Bangladesh to create quality jobs

3 lakh youth to get jobs in 28 hi-tech parks in Bangladesh: Palak 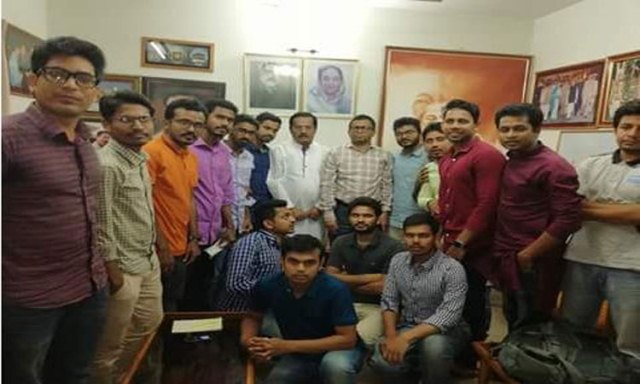 
"As the prime minister is now abroad, we've given the government until 7 May to issue a notification cancelling the quota system,” Hasan Al Mamun, convener of Bangladesh General Students' Rights Protection Forum, the leading banner of the quota reform movement, said.


"Awami League joint general secretary Jahangir Kabir Nanak has assured us of issuing the notification within the stipulated time," he said.


Prime minister Sheikh Hasina is now in Australia and will return home on 30 April.

At the meeting, the student leaders pointed out their demands, including the issuance of an immediate notification over the quota abolition, withdrawal of cases filed against general students and taking the responsibility of treatment of the injured students, he added.


Earlier around 8:00pm, representatives of the protesters were invited to sit with Jahangir Kabir Nanak at NAM Bhaban to discuss the issue.

On 17 February, students and jobseekers started demonstration to press for their five-point demand that include reducing quota privilege to 10 per cent from 56 per cent of government jobs.
bbarta/KF