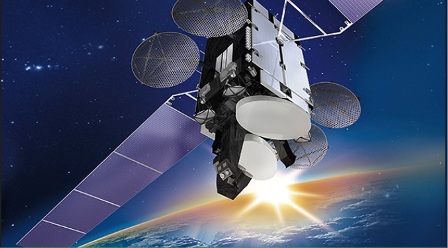 They said isolated parts of the country are also going to be connected with internet services using the bandwidth of the country’s first geostationary communication satellite which would complete one year of its launching on May 12.

Talking to BSS, Bangladesh Communication Satellite Company Limited (BCSCL) Chairman Dr Shahjahan Mahmood today said all local TVs will be connected by May 12 while trial run of ATMs is going on for the final demonstration during the celebration of the launching anniversary.

“Initially, Dutch-Bangla Bank Limited (DBBL) would launch the trial run of a ATM using bandwidth of BS-I at the anniversary ceremony in presence of Prime Minister Sheikh Hasina,” he revealed, mentioning the plan of bringing the maximum ATMs under its coverage.

Replying to a query, the BCSCL chairman said BS-I will provide most secured service for ATM than fiber-based connection and “no scope is here of any information leakage”.

Besides, an initiative has also been taken to provide 3G and broadband internet connectivity using BS-I to the people of Hatia Island and other isolated parts in the country, added Dr Mahmood.

At present, the country has nearly 40 private satellite TVs while total number of ATM booths is over 7,000.

Regarding the use of BS-I, DBBL Managing Director Abul Kashem Mohammad Shirin today told BSS that they have witnessed excellent result in the trial run.

“We would connect our ATMs in remote and isolated areas through the dedicated bandwidth of BS-I to offer digital services to our valued clients,” he added.

Mentioning that DBBL has the highest 4,800 ATMs across the country, Kashem hoped they would reach more people and areas through the satellite.

Officials said the anniversary day programme includes demonstration on online banking, online transaction, TV feeds, d2h and others. Prime Minister Sheikh Hasina is expected to grace the ceremony as chief guest. They said the BCSCL also plans to expand its business beyond the country.

About the operation abroad, Dr Shahjahan Mahmood said the Philippines and Nepal have already shown their interest to get the services of BS-I. Responding to a query, he said so far 19 local TVs are running transmission receiving feed from BS-I and “remaining TVs would join the BS-I coverage from May 12”.

Commenting on the cost, the BCSCL chairman said TVs would pay $ 2,000 per month which they were giving to the existing carrier. Each TV station requires 4 to 6 MHz frequency, he added.

French firm Thales Alenia Space launched the BS-I in May 12 from Florida of America at a cost of Taka 2,765 crore and according to the plan, it will reach break-even within seven years of starting its commercial service, using its 40 transponders. One transponder is equivalent to 36 MHz.

Located at the 119.1 east geostationary slot, BS-I would cover the SAARC countries and Indonesia, the Philippines, Myanmar, Tajikistan, Kyrgyzstan, Uzbekistan, Turkestan and a part of Kazakhstan.