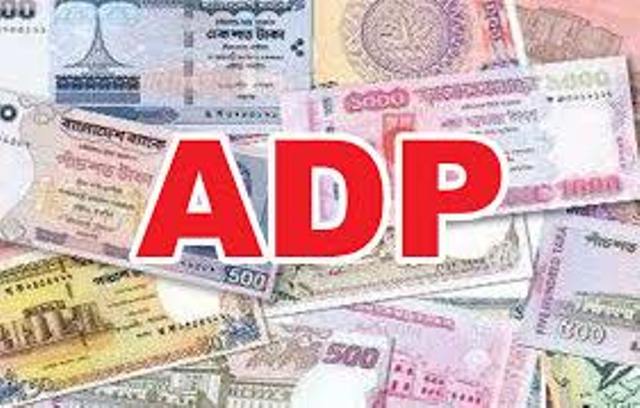 The implementation of the Annual Development Programme (ADP) during the July-November period of the current fiscal 2018-2019 reached a record Taka 36,438 crore in terms of expenditure with an implementation rate of 20.15 percent, said today Planning Minister AHM Mustafa Kamal.

“The ADP implementation reached a record Taka 36,438 crore in this July-November period of the current fiscal having an implementation rate of 20.15 percent,” said the Minister while revealing the data on utilization of ADP at ‘Meet the Press’ held at the NEC Conference Room in the city’s Sher-e-Bangla Nagar area on Sunday.

The ADP implementation rate in this five-month period is also 0.04 percent or Taka 3,441 crore higher than the corresponding period of the previous fiscal (FY18) when the expenditure was Taka 32,997 crore.

Noting that all the major macroeconomic indicators are now positive, AHM Mustafa Kamal said that the inward remittance at the end of this year would reach $16 billion while the export earnings have already witnessed near 19 percent growth during this July-November period.

“If such momentum continues, then it would be much easier for us to attain the desired GDP growth and thus poverty including extreme poverty will be alleviated at a desired rate, there will be marked development in education and health services while the social safety net operations will be deepened,” he added.

The Planning Minister said that the government has been implementing various programmes to bring down the poverty rate at around 3 to 4 percent by 2030 from the current level of 21 percent.

Noting that the agriculture, manufacturing and the services sectors have flourished a lot over the years while the ICT sector is booming, Kamal hoped that the country would be able to attain double digit or 10 percent growth rate by the year 2021.

Answering to a query, the Planning Minister said the continuity of the current government is necessary for ensuring smooth implementation of those mega and big projects which are regarded as the ‘lifeline’ of the country’s economy.

Replying to another question, he said that a good political situation is now prevailing in the country centering the upcoming general election as all the major political parties are going to participate in that election.

Asked about the current state of the banking sector, Kamal said there might be some weaknesses in the oversight of the sector, but he is not at all panicked at the current situation.

The National Board of Revenue (NBR) and the financial sector could be taken into a much higher strengthened position through bringing some reforms, he opined.

The IMED figures showed that out of the 57 Ministries and Divisions, the Energy and Mineral Resources Division witnessed the highest Implementation rate of 39.67 percent during this five-month period with Taka 1,322.62 crore expenditure while the Financial Institution Division the lowest expenditure of 2.33 percent.