Rabindranath Tagore in 1908: ‘I will never allow patriotism to triumph over humanity as long as I live’ 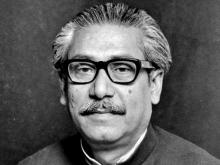 Poet Shamsur Rahman’s 12th death anniversary observed
Rabindranath Tagore in 1908: ‘I will never allow patriotism to triumph over humanity as long as I live’
Published : 02 Dec 2016, 10:45:13 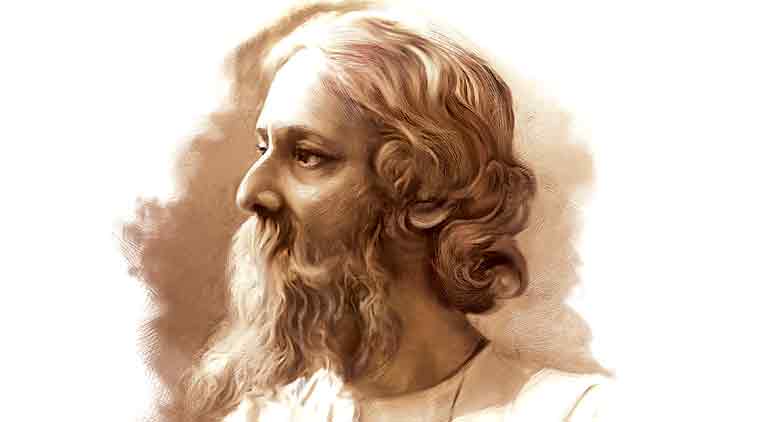 In 1908, Rabindranath Tagore wrote a letter to his friend, A M Bose, and said, “Patriotism can’t be our final spiritual shelter. I will not buy glass for the price of diamonds and I will never allow patriotism to triumph over humanity as long as I live.” Three years after he wrote this letter — part of Selected Letters of Rabindranath Tagore, published by Cambridge University Press in 1997 — his composition, Jana Gana Mana, was sung for the first time at the Calcutta session of the Congress. Now, 105 years later, as a Supreme Court bench of Justices Dipak Misra and Amitava Roy makes it mandatory for movie halls to play Jana Gana Mana and for people present to stand up as part of their “sacred obligation” to the national anthem, Tagore’s composition has come to symbolise nationalism — something the Nobel laureate was not only critical of, but had famously described as “carnivorous and cannibalistic”.

Recently, Trinamool Congress MP Sugata Bose said in Parliament, “I sometimes fear that those who are defining nationalism so narrowly will end up one day describing Rabindranath Tagore as anti-national if they read some of the sentences in his book on nationalism.”

Throughout his life, Tagore remained deeply critical of nationalism, a position that pitted him against Mahatma Gandhi. Tagore argued that when love for one’s country gives way to worship, or becomes a “sacred obligation”, then disaster is the inevitable outcome. “I am willing to serve my country; but my worship I reserve for Right which is far greater than country. To worship my country as a god is to bring curse upon it,” Tagore wrote in his 1916 novel, The Home and the World. The words were spoken by Nikhil, one of the two protagonists in the novel, who many thought to be Tagore’s alter-ego.

Further, Tagore argued that disagreement and different notions were of utmost importance. Writing from the Soviet Union in 1937, Tagore reacted positively to the Soviet Experiment, particularly their attempts at eradicating education, but warned of any attempt to curb “freedom of mind”. He wrote, “It would be an uninteresting but a sterile world of mechanical regularity if all our opinions were forcibly made alike… Opinions are constantly changed and rechanged only through free circulation of intellectual forces and persuasion. Violence begets violence and blind stupidity. Freedom of mind is needed for the reception of truth; terror hopelessly kills it.”

From 1877-1917, Tagore’s stance on Swadeshi and the anti-Partition movement of Bengal were one with the political climate. But from 1921, as fractures in society — communal and caste — became apparent, Tagore confessed, “I took a few steps down the road, and then stopped.”

Though Tagore and Mahatma Gandhi shared a philosophical affinity and mutual respect, their disagreement on nationalism would culminate in debates that continue to be relevant. Tagore had warned Gandhi that there remained a thin line that divided nationalism and xenophobia. Tagore and Gandhi had met in July 1921 at his home in Calcutta, where the two had a long and argumentative conversation about what Tagore described as the “bondage of nationalism”.

India, he argued, didn’t have a “real sense” of nationalism and noted that “even though from childhood I had been taught that the idolatry of Nation is almost better than reverence for God and humanity, I believe I have outgrown that teaching, and it is my conviction that my countrymen will gain truly their India by fighting against that education which teaches them that a country is greater than the ideals of humanity.”

Tagore’s dismay for the fervent nationalism that had gripped India was further shaped by the first World War in 1914. Speaking at Japan after the war, he warned that “the political civilization” that was overrunning the world was “based on exclusiveness” and it is “always watchful to keep at bay the aliens or to exterminate them. It is carnivorous and cannibalistic in its tendencies, it feeds upon the resources of other peoples and tries to swallow their whole future. It is always afraid of other races achieving eminence, naming it as a peril, and tries to thwart all symptoms of greatness outside its own boundaries, forcing down races of men who are weaker, to be eternally fixed in their weakness.”

Then again, writing in 1933, when Adolf Hitler had been appointed chancellor of Germany and was rapidly achieving full dictatorial power, Tagore wrote in an essay, The Changing Age, later compiled into the book, Towards Universal Man: “Germany, in which the light of Europe’s Culture was at its brightest, has torn up all civilized values — with what ease has an unspeakable devilry overtaken the entire country.”

Even in his lifetime, Tagore’s criticism of nationalism didn’t make him a popular figure. Gandhi had famously commented, on being criticised by Tagore, that “the poet lives in a magnificent world of his own creation — his world of ideas”.

The poet, though, was hardly unaware of the criticism that his ideas opened him up to. Writing to his friend C F Andrews in 1921, from New York, speaking critically of the non-cooperation movement led by Gandhi in India, he admitted to being “afraid” that he would “be rejected by my own people when I go back to India. My solitary cell is awaiting me in my Motherland. In their present state of mind, my countrymen will have no patience with me, who believe God to be higher than my own country”.

He added, “I know such spiritual faith may not lead us to political success; but I say to myself as India had ever said, ‘Even then – what?’.” The letter was published by S Ganesan in 1924 as part of Tagore’s Letters from Abroad and was quoted by historian Ramchandra Guha in his 2009 introduction to Tagore’s Nationalism.-Indian Express