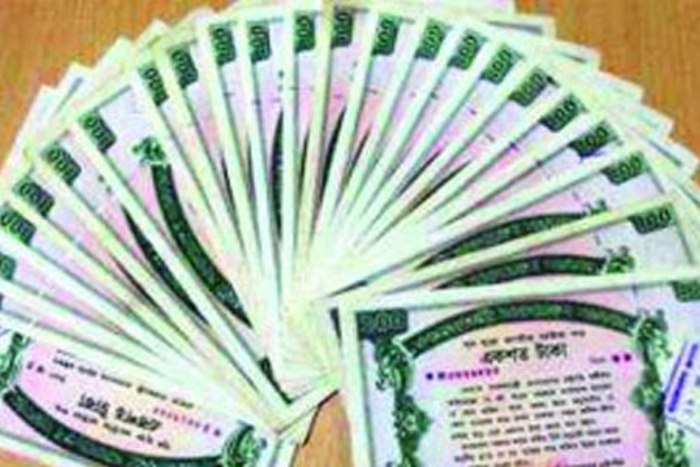 The government sold savings instruments worth Tk 5420 crore in January, the highest in a single month, recovering the deficits it faced over December's Tk 31,000 crore sale.

With the sharp rise, the savings instruments sales in the first seven months of the current fiscal year amounted to Tk28,894 crore, which is Tk 9,258 crore more than the target. The government has set a loan target of Tk 19,610crore from savings instruments from this financial year.

According to National Savings Directorate, the sales amounted to Tk4402cr in November while the figure was Tk3584cr in September. The sales volume in July, the first month of the fiscal year, and August was Tk3498cr and Tk 4297 respectively.

Currently, commercial banks on average pay 6-7% interest against a certain amount of principal, which is much lesser than that of savings instruments. Considering the situation, customers find it more profitable to invest in savings instrument.

The scheduled bank loans for the government stood at Tk98,409 at the end of December, whereas the amount was Tk10008648.50 crore after June. It implies that the bank loan had a sharp fall of Tk10238crore in the six-month span. The net loan over the same period became Tk3303.