Frustration deepens as many deprived of 'expected' posts 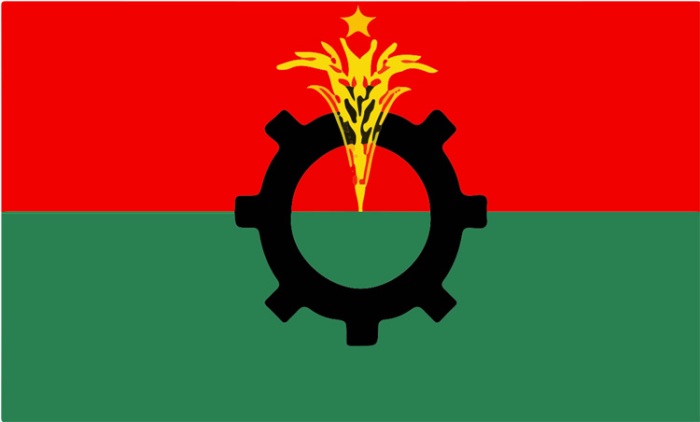 BNP announced its central committee on August 7, after around seven long years, but it appears that this move has hardly brought any joy to the party. The party offices in Nayapaltan and Gulshan of the capital have reportedly been seeing low turn up of BNP leaders and activists ever since the committee was formed.


The party leaders and activists across the country appear to be reeling from disappointment. It is very normal and age-old tradition that any leading political brings out jubilant procession following formation of its central committee. BNP was on exception in this regard, but this time around its leaders and activists refrained from doing so.


However, despite the ostensible dissatisfaction within the party, local unit BNP brought procession and held rally marking the selection of ex-Chhatra Dal leader Mamunur Rashid as a member of the party’s executive committee.


BNP leaders and activists of grassroots level think that the party chief’s pledge to prioritise honesty, dedication and loyalty in the new committee was not fulfilled fast and last. They allege that many “eligible and true” senior leaders were deprived of their deserved posts and that many were downgraded instead.


The situation is creating anger among the party men. For instance, two top leaders stepped down from their posts in the new central committee just hours into its formation, though there was no visible outburst of their reaction.

Meanwhile, many of the leaders with posts in the fresh committee have expressed their resentment over decision of the party high command. Ex-Asst Publicity Secretary of BNP, Mohiuddin Khan Mohon, is one such leader.  In his instant reaction, Mohon on his Facebook account posted, “Goodbye, BNP. Goodbye. Just drawing an end to 38-year-long relation (with BNP) today.

There is also allegation about one holding multiple posts in BNP and its associate organisations.


Interestingly enough, BNP Secretary General Mirza Fakhrul Islam Alamgir was not aware of the formation of the new committee either. He just formally announced the committee at the party office on Saturday, as ordered by another fellow leader close to the party chief.

Sources in BNP chairperson’s Gulshan office said that several names for some designated posts were sent from London, but most of those were either dropped or degraded. The rest leaders were selected in Gulshan.

Seasoned BNP leader Shah Moajjem was not named in the committee, despite strong lobbing by Senior Vice Chairman Tarique Rahman. It is worth mentioning that ex-BNP Secretary General Obaidur Rahman and late Awami League leader Abdur Razzaq did politics under the leadership of Moajjem, who served as the Chhatrta League president for the three straight tenures since 1962.

Contacted, the BNP leader refused to make any comment over the issue.

On the other hand, BNP Vice Chairman Abdullah Al Noman expressed his “extreme frustration” for not being promoted even after his 45-yar-long political career.

He said he was not evaluated the right way he deserved. A disappointed Noman said some of the new standing committee members built their career under his supervision.

“When I was the organising secretary, many of the new faces in the latest committee were not even its members. When I was the president of Sramik Dal, Nazrul Islam Khan was the general secretary. But, such leaders are holding major posts now. This happens in politics. However, many of my fellow leaders and activists are hurt over the matter and so am I. Well, I am shocked and frustrated as well. I do  not to hold the post.”

Like some other senior leaders, BNP Standing Committee Member Lt General (Retd) Mahbubur Rahman is angry over the same matter too. He alleged that many honest and dedicating leaders who led the party in difficult times and movements from the front in the past did not get post in the new committee.

The major point is seniority was not followed properly in the committee, he said, adding, there was a huge gap (in terms of experience in politics) between many members of the committee.

This is a matter of frustration which fuelled up resentment among many party men, especially the post-seekers in the new committee. Some others who did not get posts are mulling of quitting politics, he claimed.