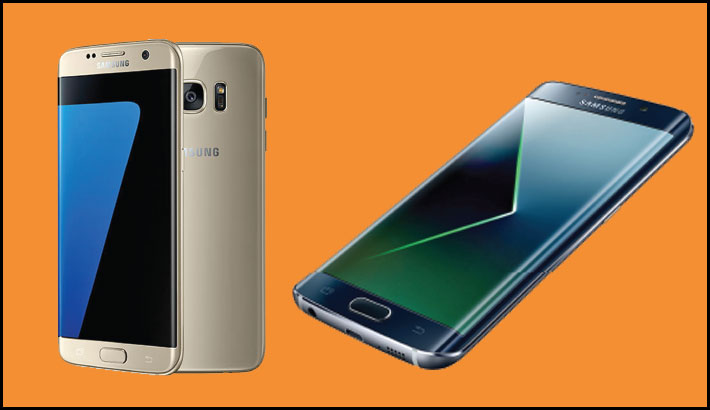 The Samsung Galaxy S7 edge isn’t just an S7 clone with a dual-curved screen rather it’s a bigger sized smartphone this time around, which should help to differentiate the two right from the onset, as there’s now more of an incentive (given its cost too) to eventually go for the S7 edge.

From the surface, it might not appear as though there are remarkable changes to the S7 edge’s design, but there are in fact several subtle refinements that carefully address some of the shortcomings with last year’s design. First and foremost, the same premium design is present once again here, boasting that attractive metal and glass package that ceremoniously elevated Samsung to a totally new level last year.  Our particular unit, a gold platinum Verizon variant, shimmers in a distinctive gold hue when it’s tilted in the sunlight. However, it’s still something that attracts nasty baddies such as fingerprints and smudges – so a lot of care and wiping is necessary in keeping it clean.

It’s a bigger screen, with those signature dual-curved edges that give it one slick look. Each successive device thus far has been equipped with a better display. For the S7 edge, they’ve obviously fashioned a larger, 5.5-inch 1440 x 2560 Super AMOLED display – putting its size right between the two previous edge phones.
Overall, there’s very little to complain about the S7 edge’s display. And when you combine its dual-curved nature, it only helps to enhance its allure in the space – wherein it’s still a rare sighting for any phone to feature a curved screen.