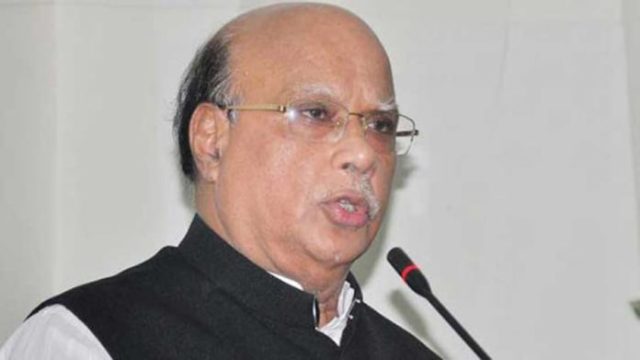 Health and Family Welfare Minister Mohammed Nasim today said the Jamaat-Shibir clique is plotting to create unstable situation in the country to foil the next general election to be held on December 30.

“They (Jamaat-Shibir) are launching arson attack in guise of BNP workers on offices of Awami League(AL) candidates” he told a rally ahead of upcoming parliamentary polls at Gopalpur upazila of Tangail here.

Nasim, also Presidium Member of AL, urged the people of the country to re-elect Awami-led government to continue the ongoing development process.

He said Bangladesh has witnessed massive progress in the past 10 years as Awami League-led government has implemented various development programmes.

“The people of Bangladesh are now leading a happy life because of good governance and other civic facilities ensured by the government,” Nasim added.-BSS