The question Bangladesh must answer 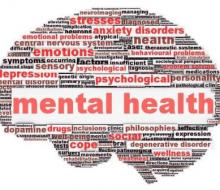 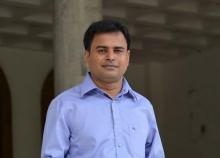 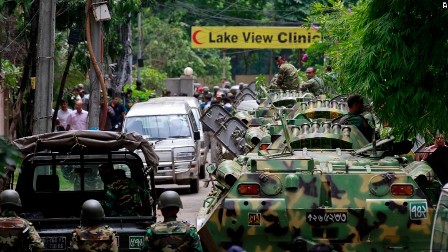 Bangladesh security personnel patrol the streets of Dhaka on Saturday, July 2 after gunmen seized a bakery in the capital overnight, killing 20 hostages and two officers, according to the military.
Anushay Hossain
Print

When I was growing up in Dhaka, Bangladesh, in the 1980s, I always wanted to live in a part of town called Gulshan. In my 7-year-old mind, it was the center of the universe. My family lived in an older (and not nearly as hip) part of Dhaka city, and they seemed to have no intention of ever moving from my paternal grandparent's home.
As the years went by, even as the rest of the city changed, Gulshan remained -- in my mind, at least -- the glamorous and unattainable part of town. Framed by its famous deep emerald Gulshan Lake, this was the part of Dhaka that always housed a big chunk of foreign embassies, the best restaurants and cafes, the most luxurious apartments and homes, and countless aid organization offices.
That is why it was so unreal -- and personally painful -- to see Gulshan thrust into the global spotlight in the worst possible way last Friday evening.
Twenty-one hostages, including 18 foreign nationals, were left dead in the upscale Holey Artisan Bakery after a deadly assault by gunmen was brought to an end as police stormed the building following an 11-hour siege. It was an attack unlike anything the country had ever seen.
Gulshan is not cordoned off like Iraq's Green Zone, where foreigners and diplomats live and work largely segregated from the local population. Because the aid community in the country is large, especially in the capital, Gulshan is essentially the center of the city for locals, foreigners and diplomats alike. This was almost certainly one of the reasons the attackers chose their target.

"Please pray for the departed and their families, and our staff who lived through the nightmare," Ali Arsalan, one of the co-owners of Holey, and a longtime family friend, wrote on his personal Facebook page. "What happened there is a terrible tragedy and we are shocked to the core. I never thought something created with so much love and a place where there was so much warmth and happiness, would be turned upside down like this. It is difficult to find today the strength to even think of carrying on."
Overnight, it seemed that Bangladesh had gone from being an example of development success and an admirable example of democracy in the Muslim world, to the world's next Pakistan. But the history of this tiny nation is critical to understanding the dangers to Bangladesh's secular future -- and why it is not yet destined to become another Karachi or Kabul.
Bangladesh has always treasured its secular culture over a religious identity -- it never wanted to be East Pakistan. Sadly, it paid for choosing a secular identity over an Islamic one in 1971, during the Liberation War against Pakistan, when as many as 3 million Bangladeshis died, and by some estimates between 200,000 and 400,000 Bangladeshi women and girls were raped and tortured, even as a massive refugee crisis spilled into neighboring India.
Fast forward to today, and I cannot help but wonder what the men and women who died for a free Bangladesh, our freedom fighters, would have thought about the elements of our society that want to see Bangladesh abandon its secular identity for a religious one.
The reality is that we can no longer deny that something is rotten in Dhaka. For years, we have buried our heads in the sand, looking the other way as bloggers and others were slaughtered in our public spaces. Indeed, the same day as the attack in Gulshan, a Hindu priest was hacked to death as he was gathering flowers at his temple.
There is no more hiding from the fact that a cancer has infiltrated even the most affluent, young and educated minds of Bangladeshi society.
Here in the United States, in the days since the attack, I feel as though I have been watching a never-ending funeral. In many ways I have been -- and not just for those who were tragically killed last Friday. I, along with many others, are mourning the death of the Dhaka we grew up in. And I know I am mourning the death of the Gulshan I knew and loved -- the place I would have given anything to have lived in as a kid.
Ultimately, we all have blood on our hands. Bangladesh has turned a dark corner, and cannot be the same again. Our innocence has been brutally ripped away from us.
But I still believe in the spirit of the hashtag DhakaStrong. I know Dhaka is strong. After all, look at everything we have survived, from famines to cyclones to floods to coups to wars. The question, though, is who Bangladesh wants to be now.
Forty-five years after its war for independence, it is time for Bangladesh to once again choose who it wants to be. In 1971, secularism won. Will it once again?-CNN

Anushay Hossain is a Bangladeshi journalist based in Washington.