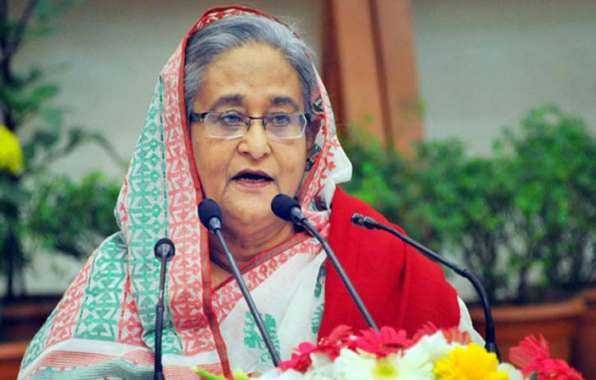 Prime Minister Sheikh Hasina on Monday expressed her government’s firm resolve to make Bangladesh Police a people-friendly organization saying the government would continue to enhance its strength in accordance with prevailing demand.

In its Election Manifesto, Bangladesh Awami League had given emphasize on making police force a people-friendly organization, she noted.

“We consider the allocation for police as investment, and not as expenditure. Bangladesh Police has had a facelift as a result of our government’s various positive measures,” she said.

“We will continue this improvement of Bangladesh Police during our present tenure,” the prime minister added.

Sheikh Hasina hoped that the awards would motivate them to be more spirited in discharging their duties, urging police to play more proactive role for ensuring road safety and against drug.

On the occasion, an attractive parade was arranged at Rajarbag Police Lines. The prime minister inspected the parade and took salute of different contingents of Bangladesh Police.

“Police have to be people-centric in order to address the emerging trends of crime. They need to build friendly ties with people so that unfounded fear about police does not discourage people from receiving services,” the prime minister said.

Police as the law-enforcer must have to be people-friendly and uphold human rights, fundamental rights and the rule of law while performing duties, she said, adding “only then police will be able to attain the identity of ‘pro-people’ police”.

Mentioning that Bangladesh Police symbolizes Peace, Security and Discipline, the premier said being imbued with the essence of the War of Independence, its members are accomplishing their delegated responsibilities for maintenance of law and order with utmost professionalism and great courage.

She also praised the role of the police force in preventing subversive activities of the anti-democratic, anti-liberation and communal allies of BNP-Jamaat and their cohorts in 2013, 2014 and 2015.

The prime minister also commended the role of the police force in the aftermath of Holey Artisan and Sholakia terrorist incidents in dismantling the organizational capacity of the terrorist entities successfully.

“Terrorism and violent extremism make barriers on the way of peace, stability and development. A terrorist has no religion, caste or creed,” she said, pointing out terrorist attacks on her in a number of occasions.

The prime minister announced giving TK 8 lakh to the family of a police member in case of death during duty.-BSS