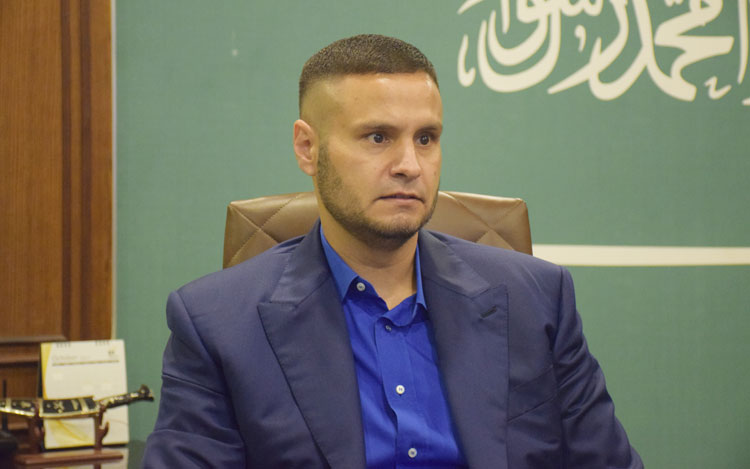 Adam Tamizi Haque, a successful business person, was born on December 29 in 1976 in the capital’s Eskaton area. He moved overseas in his early childhood because of family affairs. After completing his studies abroad, he finally returned home and got involved in business. Currently, he is the managing director of Haque Group of Industries. He follows the spirit of Bangabandhu and remains engaged with different social and development activities. He is committed to work for the masses.


HAQUE, one of the leading biscuit, confectionery, soap and battery manufacturers in Bangladesh, is a socially responsible company that stands for transparency of business and high ethical standards.


bbarta24.net recently had an opportunity to talk with the successful business personality at his company headquarters in the city’s Tejgaon area, when he has his insight on different socio-economic aspects.


bbarta: How was your start in business?


Adam Tamizi Haque: My father barrister Tamizul Haque was born in an elite family of Assom in India. After partition in 1947, he started living in Dhaka permanently, establishing Haque Group of Industries in the same year. Amid honesty, heard work and skills, he took the company to the peak of success. I took charge of the company in 2010 and since then, I have been trying hard to continue its goodwill. I am trying to take the quality of products to the next level and launch new products; that too at reasonable prices. 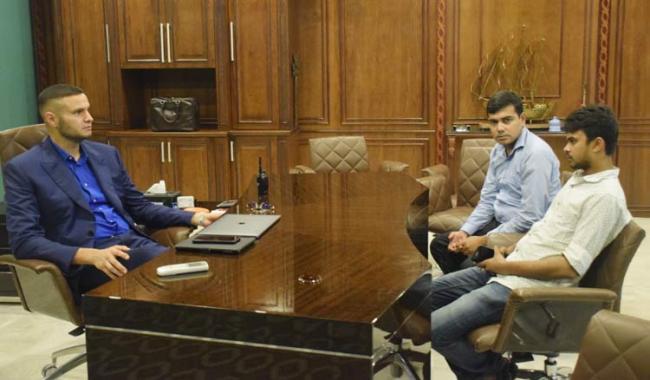 bbarta: What is the current status of your company?


Adam Tamizi Haque: Workers, officials, distributors, suppliers and other stakeholders of the company are a family, which is working for the customers.

bbarta: As you had migrated at a very young age, how did you decide to return here and start working for your homeland?

Adam Tamizi Haque: I went abroad at the age of nine and completed my studies there. But my native country was always in my mind. I used to visit Bangladesh whenever I would have any opportunity. I mainly got clearer idea about Bangladesh through Bangabandhu as my father used to tell me a lot of him. My father had developed a close relation with Bangabandhu while studying in Kolkata. Even my father assisted Bangabandhu during Liberation War in 1971. My father taught me that “Bangabandhu means Bangladesh” because Bangabandhu helped us to gain independence.

I always feel bad that the person, who brought freedom to a country, had been killed by some conspirators. They did not just stop there; they tried to erase his name from the country’s history, which I never accepted. Hence, I, after completing my studies abroad, determined to return home and contribute in building a ‘Sonar Bangla’ as dreamt by Bangabandhu.

bbarta: What else do you do except for business? 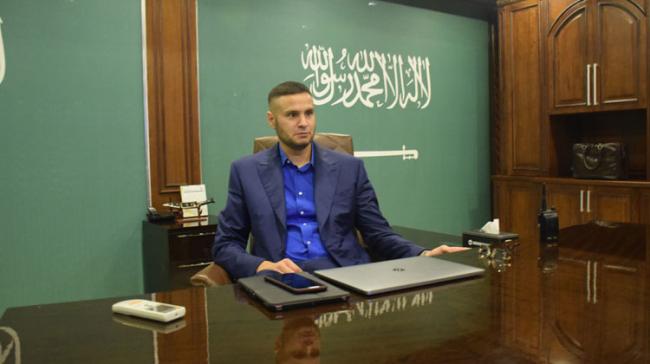 Adam Tamizi Haque: Other than running my business, I participate in many social works. At present, the Rohingya issue is a major problem in Bangladesh. I have made donations in the Prime Minister’s Relief Fund for the Rohingya refugees. We, on the company’s behalf, are also supplying relief goods for them every week. I am also taking care of a several mosques at Tongi and Gazipur. I have taken the total responsibility of an orphanage named Anzuman Hedayatul Ummat in Gazipur, and involved with Tongi  Krira Chakra. We have been distributing blankets among the poor during every winter. I have also established Tamizul Haque Central Mosque in Himchhari of Cox’s Bazar.

bbarta: The youth cover the lion’s share of our population. Being a young businessman, what is your suggestion for the young generation?

Adam Tamizi Haque: Of course, young leadership is so important now. The old leaders are also performing better. Then again, a young leadership would help fulfill the demands of the youth. Advanced, educated and sophisticated persons are now needed to run the country. As Bangladesh will gain an even better economic position in the world in near future, we need a youthful leadership in place in this regard.

bbarta: It is reported that you are going to run for the next general elections as a candidate of Awami League from a constituency. Tell us about that, please?

Adam Tamizi Haque: I think Awami League is all about Sheikh Hasina because she is the daughter of the father of the nation. Everything is in her hand. I do not want to do anything on my own (about being nominated as an AL candidate). If she finds me eligible, I will join politics because her decision is the final one. I will simply act upon her instruction. And, I am very much positive about starting my political career as I want to work for the commoners.

bbarta: Do you like everything happening in politics now?

Adam Tamizi Haque: It is not right that I like everything about the current politics. Some issues of Bangladesh’s politics shame us to other countries. For instance, BNP chief celebrates her birthday on August 15, which is actually the death anniversary of Bangabandhu. This is a matter of great shame for us. Even the general people find such incidents so much embarrassing.