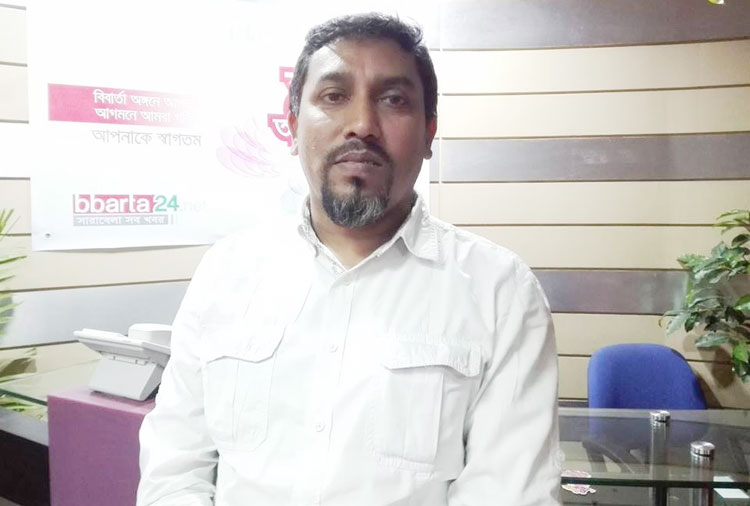 Cell phone users in the country have innumerous allegations over the services provided by mobile phone operators. The allegations include call drop, prices of several packages, problems relating to biometric registration and cyber security, and call centre services. Considering the fact, Bangladesh Cell Phone Consumers Association (BCPCA), a platform for mobile phone users, is working to help ensure the rights of consumers.

This apart, the platform organises seminars and protest rallies on militant activities using information technology, and other criminal acts by netizens, to catch the attention of the government. It is also vocal against the illegal business of voice over internet protocol (VoIP) and fraudulence over mobile banking.

BCPCA President Mohiuddin lately talked to bbarta. Here is the interview for our readers.

bbarta: Bangladesh Telecom Regulatory Authority (BRTA) holds public hearing on complaints over services by cell phone operators. What is your take on this?

Mohiuddin: We briefed the media, organised seminars and submitted memorandums to the government for days. In the wake of our activities, the government held a public hearing on November 22, without resolving the problems. No representative from the cell phone operators attended the hearing and so did many of affected consumers.

bbarta: Misuse of cell phones is causing the number of road and rail accidents to rise. Who are responsible for this?

Mohiuddin: Only rail accidents snuffed out around 800 lives in 9 months due to misuse of cell phones. Section-144 remains imposed within 20-foot of a rail track, which is unknown to 99% people of the country. Even most of the employees of railways department are not aware of this. On the other hand, talking oveon cell phone while driving is a punishable crime, which can lead to imprisonment or a fine of Tk 500 or both for the person found guilty.   Public awareness about relevant laws may reduce the deaths. However, I think the government, cell phone operators and traders cannot avoid the responsibility of  the casualties.

bbarta: What is your observation over mobile banking service being provided to people living in remote area?

Mohiuddin: The government first launched mobile banking in the country in 2011 since its 85% population was out of mainstream banking. The government then approved the services without verifying the quality of service provider, security, service charges and relevant issues. Bangladesh now ranks the second in the world and the first Asia in mobile banking, though. This sector, which sees a yearly transaction of Tk 20,600 cr, we believe, is destroying marginal economy in the country. Moreover, over 6 lakh retailers are providing the service, charging heavily from the customers and posing great threat to militant funding.

Mohiuddin: The state-run mobile phone operator Teletalk is yet to register 22 lakh SIM cards and is making a huge buck misusing the unauthorised SIM cards by illegal VoIP calls from abroad. Other telephone operators are also doing the same thing. However, despite knowing it all, the government is failing to stop the criminal act. Even we want to who owns the money comes from the illegal business and suggest that the latter be legalised  so the government can collect much more revenue.

bbarta: Customers are very often face fraudulence through different offers and texts by the mobile phone operators. How do you find this?

Mohiuddin: Ever since mobile phone service was introduced back in 1991, customers have been suffering harassment and facing fraudulence. This is all happening because of improper registration of SIM cards. Aiming at curbing all criminal acts and inconveniences, the government has made it compulsory to get SIM cards registered biometrically. Even after the government move, a vested quarter kept harassing and cheating people in the name of the telecom regulator BTRC. However, the BTRC could not stop this harassment and fraud so far. We just want this problems solved by any mean. Otherwise, the authorities concerned and mobile phone operator will be held responsible.