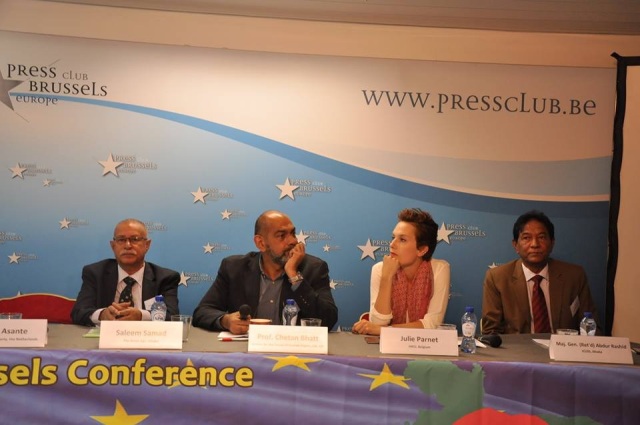 Present and former members of European Parliament attended the seminar. They spoke about the violent extremism undermines peace and security, human rights and sustainable development.

No country or region is immune from its impact. It is a diverse phenomenon without clear definition. It is neither new nor exclusive to any region, nationality or system of belief, the speakers said.

To prevent violent extremism need to take a more comprehensive approach which compasses not only ongoing , essential security based  counter  terrorism measures , but also systematic  preventive  measures which  directly address the drivers of violent   extremism that have given rise to the emergence of these new and more virulent group, they added.

They also said religious and other leaders in the Diaspora community could play a key role in mentoring vulnerable youngsters. Government policy should be aimed at improving socioeconomic opportunities, especially for young people. Better education and decent jobs are essential.

Every speaker appreciated of present government of Bangladesh to overcome after attack of Holy Artisan bakery last year. Now days in Bangladesh, foreigners   are fear free from terrorism attack due to government high alert activity.