Flights in France to be hit by air traffic controllers' strike
Here's where you'll find the best baguette in Paris
Published : 19 Mar 2016, 12:50:40 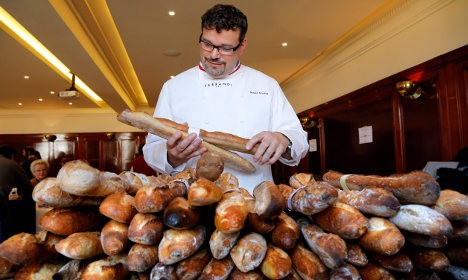 The crown for the best baguette in Paris has been awarded once again.

The annual Grand Prize for the best baguette in Paris has been awarded to two bakers from La Parisienne, located on Rue Madame, in the sixth arrondissement.

Bakers Mickaël Reydellet and Florian Charles received the prize, which comes with €4,000 in cash and the honour of baking a fresh batch for the presidential Elysée palace every day for the next year.

Reydellet runs five bakeries in the capital, but it was the Rue Madame branch where the winning baguette was made. The others are located on Rue Monge, Boulevard Saint-Germain, Rue D'Odessa and Rue Coustou.

Reydellet told Le Parisien: "I did not vote for Francois Hollande but it is always rewarding to meet the President".

All baguettes entered for the prize are submitted to a rigorous judging process and strict criteria.

They must measure between 55 and 65 centimetres in length, weigh between 250 and 300 grams, and have a salt content of no more than 18 grams per kilo of flour.

The 155 entries were judged according to five crucial critera: smell, taste, appearance, crispiness and how well-baked they were.