Flights in France to be hit by air traffic controllers' strike
Gunman killed in Brussels raid 'had role in Paris attacks'
Published : 19 Mar 2016, 12:49:19 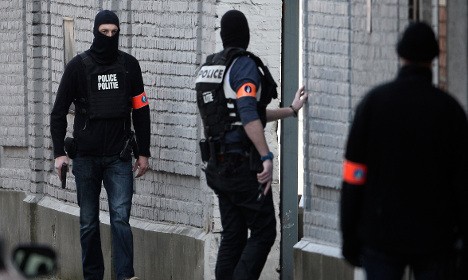 A gunman killed in a shoot-out with police in Brussels had helped organise the November Paris terror attacks, prosecutors suggested on Friday.

A man killed in a Brussels raid earlier this week was "very likely" already sought under a false identity by authorities in connection with the Paris attacks, prosecutors said on Friday.

The man named as Mohamed Belkaid went by the name of Samir Bouzid, who was already being hunted in connection with the attacks. There are suggestions he had direct contact with the Paris attacks ringleader Abdelhamid Abaaoud.

The federal prosecutor's office in Brussels said in a statement that investigations show that "the so-called Samir Bouzid, against whom a look-out warning was issued, most probably is the Algerian national Mohamed Belkaid" killed by police during the gunfight.

The Bouzid fake identity card was used to wire money from a Brussels Western Union office to the cousin of attacks ringleader Abdelhamid Abaaoud four days after the massacre in the French capital, the statement added.

The money was presumed to have been used to help Abaaoud find a safe house in Saint-Denis where he was later killed in a raid.

It is also believed Bouzid called Abaaoud's cousin to tell her where he had been hiding out after the attacks.

But several Belgian media have suggested his role in organising the Paris attacks was far more direct;

They suggest he may have been giving orders to the three commando teams involved in the Paris attacks - the Stade de France bombers, the Bataclan attackers and the team who opened fire on the terraces of bars and cafes across the city.

He could have been the recipient of a text message sent by a mobile phone found near the Bataclan that read: "Right's let go".

Belkaid was killed by police during Tuesday's raid. Prosecutors said he was found with a Kalashnikov and and Isis flag.

Two men escaped from the apartment with speculation mounting that one of them could be Salah Abdeslam, chief suspect in the Paris attacks.